Usually when a beloved business closes, there is some celebration or recognition of the services it provided to the community. The COVID-19 crisis prevented this from happening for so many, these small toasts are our humble attempt at a proper send-off.

Each pillow-stuffed empanada came with a unique die-stamped letter combination and was handmade by the Argentine owner and her mother in the back of the shop. Fillings ranged from the delightful four-cheese Cuartetto to the old-school Sweet Criolla to the modern and chic Caprese. Cordobesas fed locals and commuters alike. One empanada was a great snack; three were a lunch feast. Their espresso-service and European and South American pastries gave downtown Newark a taste of Old Buenos Aires. Cordobesas will be missed!

Portuguese pinga classics set to a clubhouse beat were one of many things that set apart this gay bar from the many that proliferate Jersey City, Hoboken, and New York. Built for the ethnically wide-ranging community of the Ironbound, Twister Lounge was much more than its brightly hued well drinks. It was a safe-space designed with LGBTQI+ Newarkers in mind. Unlike many gay bars in Newark of the past that operated by word-of-mouth, the rainbow-colored tornado of its logo proudly stamped on its sign invited patrons in and stood as a metaphor for the experience inside. Twister Lounge will be missed!

What was Hell’s Kitchen? Well, it wasn’t your standard hispteresque wateringhole nestled on the corners of Lafayette and Bruen. As offbeat as Newark is, this bar both served as postgame Devil’s hangout spot during the week and alternative performance (burleseque!) venue for Newarkers with an above average appreciation for metal music and sailor tattoos. If you were 20–35 and you lived in the Ironbound for more than a year, you had a Hell’s Kitchen story to tell. Hell’s Kitchen will be missed! 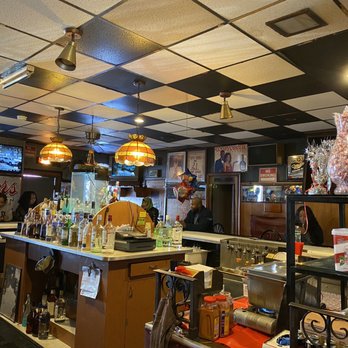 I was never one of first people to get to Club Chester for one of their Saturday morning sessions. Hennessy at 9 a.m. always felt like a bridge too far. 11 a.m., on the other hand, felt just right. Club Chester, located at 521 Broadway in the North Ward, was, as Roy Wood, Jr. would phrase it, “peak Blackness”; a “rare metaphysical anomaly that can only occur when an amalgam of Black excellence comes together at the same societal intersection. ”The Saturday morning crowd included what felt like hundreds of aunties and uncles radiating joy at the small blessing of being together. With COVID-19, there were, of course, no more Saturday morning Anita Baker sing-a-longs. Then, as the pandemic extended in 2021, eventually no more Club Chester at all. Club Chester will be missed!

If you could not find someone you were looking for on a summer weekend evening in Newark, there was a good chance that they were lounging in the blissful seclusion of their backyard. The first place to offer craft beer on tap and cocktails in Newark’s downtown, 27 Mix predated the influx of trendy places on Halsey Street by a decade and outlasted many that tried—and failed—to follow up on its success. On top of that, their Yucca Fries were to die for. 27 Mix will be missed!