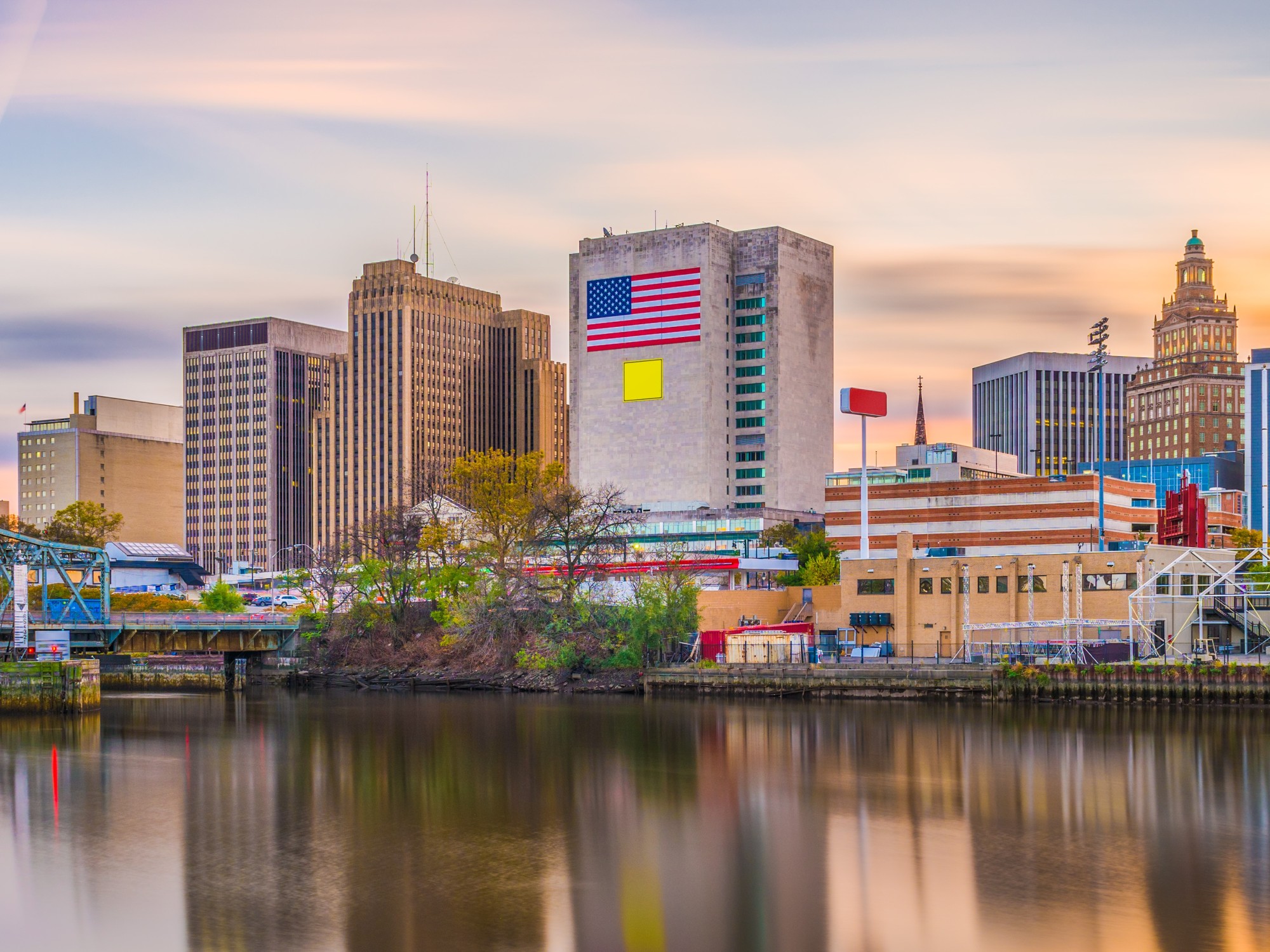 Every Saturday, the texting ritual plays itself out. Within little bubbles of blue, my friends and I negotiate our plans for that evening, hoping to coalesce around a place to meet up and have some fun. I eventually float the idea of making Newark the destination, and the response is inevitably the same. “It’ll take me an hour to get to you.” “What’s there to do out there?” “Is it safe at this time of night?” “Why can’t you just come in? It’ll be easier for us  to meet up that way.”

Dragging my friends across the Hudson becomes this arduous and oft-repeated process, one that inevitably leads to failure on my part. We usually settle on some wine-bar in the West Village or attempt Korean Karaoke in MidTown, as if that were some compromise, or maybe we head out to some “trendy” restaurant in Jersey City, if I am lucky. In their defense, I have very little to offer for the upwards of one-hour journey it will take to get here. Aside from restaurants—the variety of styles in Newark being very limited anyway—there are the occasional events like the Newark Arts Festival or the Brick City Comedy Revue or a whiskey release party at All Points West that might just be enough to coax someone out. However, most weekends, I often struggle to come up with something enticing enough to justify the journey.

On those same Saturday nights, when the texting battle is lost or no one is around, I look out my window, wonder what I can do that evening, and find my options very limited. I can be a creature of habit at times, but I also experience those pangs to do something new, something this city can’t offer. It is largely the reason why I have never lived more than a ten minute walk from a major train station in Newark. I, too, feel the inexorable pull to New York City, or any larger city for that matter, enough so that I have often wondered whether to move—not to even count the number of times I have been politely recommended by a friend to relocate to one of Essex County’s many and varied suburbs.

On paper, I really don’t belong in this city. I do not fit neatly into any boxes. I am Portuguese, but not of the Ironbound persuasion. I grew up in the pervasively urban atmosphere of Newark, but was so thoroughly denuded of that identity by twelve years of board school and private universities. The things I like to do range from the endearingly esoteric to the snobbishly obscure. I love Eurostyle tabletop games, independent film, Vietnamese cuisine, general purpose bookstores, Hungarian pastries, escape rooms, post-cocktail-renaissance lounges, postmodernist poetry, and post-rock. Newark comes up pretty short on any of these offerings. As I type these thoughts—on a train back from Boston nonetheless—I can hear the tut-tut of the reader in my ears: no place, even a grand metropolis like New York City, can possibly ever satisfy all those desires.

I am not accusing Newark of having no cultural or social outlets. I have been a major patron and advocate of what the city can and should offer. Newark, in my opinion, can punch above its weight when it comes to offering a unique experience. My first point of reference is often the Newark Museum of Art, which I describe as the best mid-sized museum in the country you can reasonably complete in a single day. In fact, this entire thought experiment is built on a foundation of clay. Measuring Newark against New York City is, at best, unfair, at worst, a fool’s errand. And, when I go to Montclair, unless it is to see friends, I am pretty much only going to get food or to see a film, pretty much as limited or even more than Newark.

And yet, I feel out of place in Newark, trying to fit the square peg of my life into this round hole of a city. Newark’s diversions are simply not designed for a person like me or my interests (nor should they be). But, as the ever tut-tutting reader may ask: why haven’t I left? To be honest, I really don’t know the answer myself. I spend so much time grappling with this question, particularly when I take my notoriously long walks along the Passaic River all the way to Rutherford or Clifton. On those walks, I clumsily search for an answer and have been ever since I made a silent commitment to myself about twelve years ago to move back here after college. The harder I think, the more elusive a reason that I can truly believe in becomes. It’s not really that much cheaper here; the public transportation is not exceptional; while I have been able to find some-level of career success, I have had to work outside of the city in the past; and, to reiterate, the options for diversion can be very limited. Unlike many of my social circle, quite a few of whom are transplants to this city and not jaded enough from decades of being here, I am not as taken by the novelty of this place.

I do often get asked “why Newark” out loud, and I have practiced several answers, upon which I regularly rely to keep the conversation from getting too honest. One regular go-to is “I want to be a slightly bigger fish in a slightly smaller pond.” I love the coy admission of ambition this phrase invokes but also love the level of sincerity it also holds. I have spent so much time trying to eke out a larger-than-life sense of self that I could never pull off in New York. To be honest, despite my grand ambitions, I am not really special enough to stand out in a place like that. If I am among company where I am concerned about being flippant or overly self-deprecating, I will give the sappingly earnest response that “I want to be part of a larger movement to bring Newark back to greatness.” I cringe every time I say it, but it gets the job done and keeps the conversation from spinning into a world of awkwardness. It’s not that the sentiment is not true; it’s just that I’ve never fully bought into the ability of this city to change in some substantive way.

The funny thing is that I’ve been here so long at this point that I kind have defined my existence by this city. I have developed a bit of a reputation outside of this city—and increasingly inside of it—of being Mr. Newark, a sort-of champion for the city. It’s gotten so bad that at an college alumni event out of state, the first question I was asked was “How’s Newark?” If I were to leave, there is no doubt I will survive and make do, but, unquestionably, I will have to return to square one. I would have to rebuild years of relationships, reestablish a sense of myself and legitimacy, and relearn all the nuances of atmosphere and geography that makes each place unique. I gain so much from my Newark bona fides that the sunk costs at this point are too great for me to pack up and go.

Exerting a gravitational pull on me is also a sense of duty, which in turn gives me a larger sense of purpose. So many of us have left and have never come back. I have to explain even to people who are familiar with Newark that growing up here comes with a certain level of trauma—yes, trauma—one that is not easy to disassociate with this place. So many that I’ve grown up with have either left permanently or are patiently waiting for an opportunity that affords them an exit. I cannot blame them, but I do want to buck the trend. Too much of Newark’s promising young natives have been hollowed out, and I feel that I cannot, in good conscience, add to that hollowing out. The more young people leave this city, the greater the risk that the city loses a sense of itself. (D.C. often comes to mind where the number of young transplants is so great that they dominate the city’s culture—for the worst, in that case.)

I cannot dismiss the importance of the solid base of friends who are the rock upon which I build my life here, many of whom may be reading these words. A handful may even be surprised by this entire discursion. They also keep me here, mostly because I owe them so much for the great amount they have given me: whether it is opening their homes to me for dinner parties and hangouts; indulging in my fantasies of starting a podcast or a magazine; allowing me to test my concoctions of cocktails at those same dinner parties and hangouts; and generally giving me a place to hide and share these deep feelings that I am now sharing in writing.

For now, I have to muddle through with these reasons. I might just have to accept that there will never be a single purpose that keeps me here but a conflation of context. It may even be in this mental journey that I find the solace, the larger meaning, I am looking for. Newark is not perfect; no place is. For every minute I spend contemplating what this city lacks, I have to promise myself to spend an additional minute thinking about what I have here; not what this city can be, but what it actually is. So, when I take another long walk along the Passaic and look back at the skyline across the river, my mind will think on that as I bring myself back to that skyline.